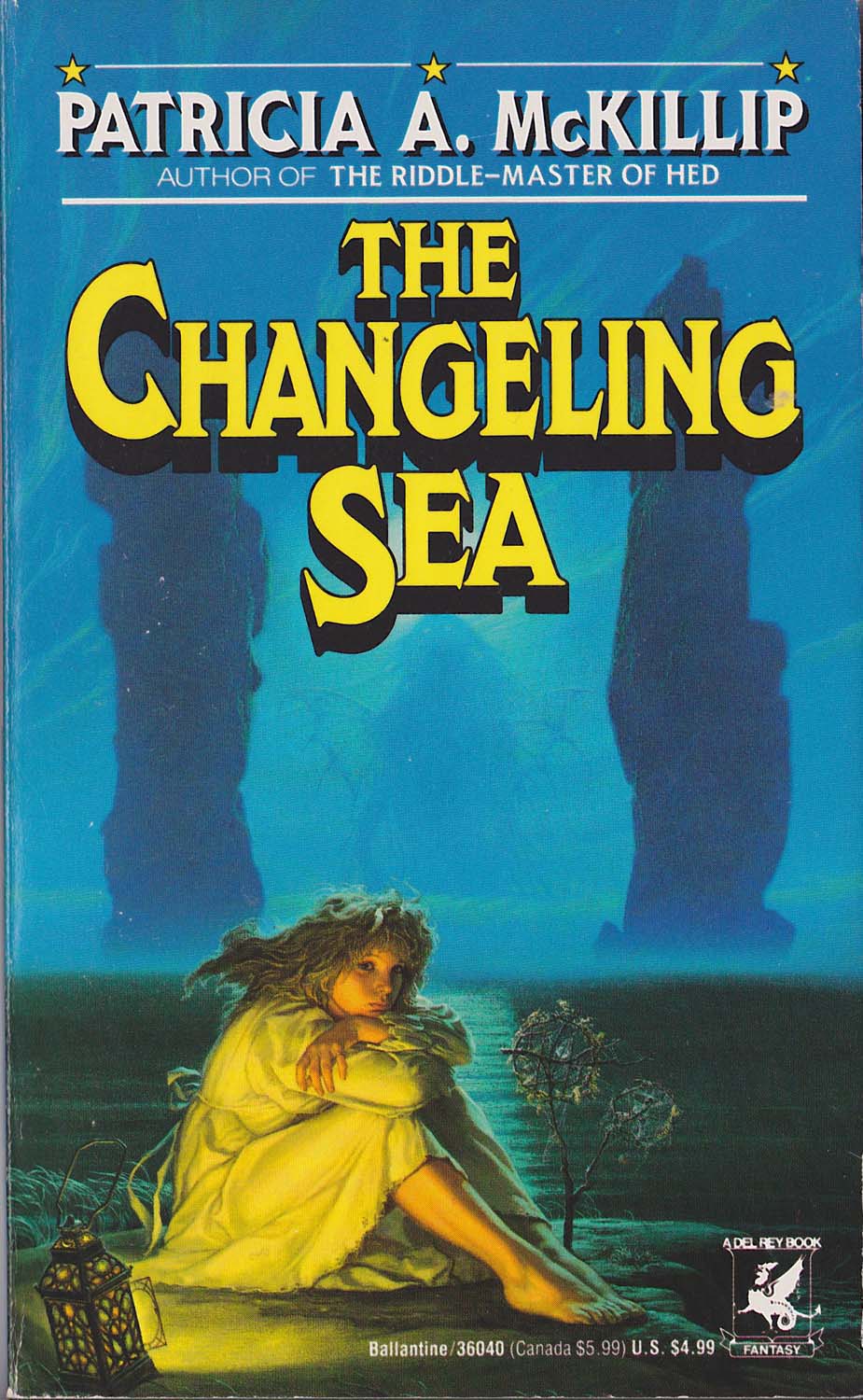 Peri hated the sea that had taken her father and left her mother bemused in dreams. With her doubtful magic, she tried weaving hexes to keep the water from ever again stealing from the land.

One night Prince Kir, who yearned for the sea, found Peri at her hexes and asked her to send a message from him. She cast it into the sea with her hexes. Then a sea-dragon hove up, bound by a chain of gold.

When a magician changed the gold to flowers, the sea went wild, endangering the fishermen. And by night, the sea-dragon changed and came to land as a fair youth, strangely like Kir.

Against the Sea-Queen’s revenge for ancient betrayal, Peri seemed helpless. But something had to be done. And she meant to do it!

Peri grunted and shoved her scrub-bucket farther down the hall. The waves of suds she sent across the floor turned into tide and foam.

There was a sudden crash. The inn door, with someone clinging to it, had blown open under a vigorous puff of spring wind. Peri looked up to see a stranger lose his balance on her tide. He danced upright a moment. Then he tossed his arms, fell, and slid down the hall to kick over her bucket before he washed to a halt under her astonished nose.

They stared at each other, nose to nose. The stranger lay prone, panting slightly. Peri, wordless, sat back on her knees, her brush suspended, dripping on the stranger’s hair.

He popped a soap bubble with one forefinger and said, “I heard a rumor that someone here needs a magician.” He got slowly to his feet and ran a hand down his dripping clothes. The dripping stopped. The flagstones were suddenly dry. So was the puddle outside the door.

The Sorceress and the Cygnet