Riverworld was a planet of Eden whose people possessed the power of dreaming the future.  Kyreol, daughter of a healer, pierced the vision veil to discover the ultimate truth- that her home world unknowingly hosted the way station of a vast interstellar civilization.

An evil star shone on Kyreol’s first mission as an interplanetary agent.  Her ship fell out of space, crashing on a lonely, mysterious moon.  Rising from its endless plains was the white city – awesome, abandoned, eons-dead – a silent world of secret wonders.

Only her prophetic dreams linked kyreol to Riverworld, but she was hopelessly marooned lightyears away.  And she was not alone… 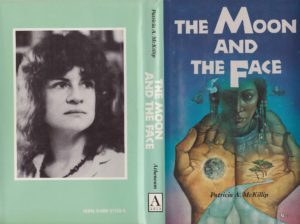