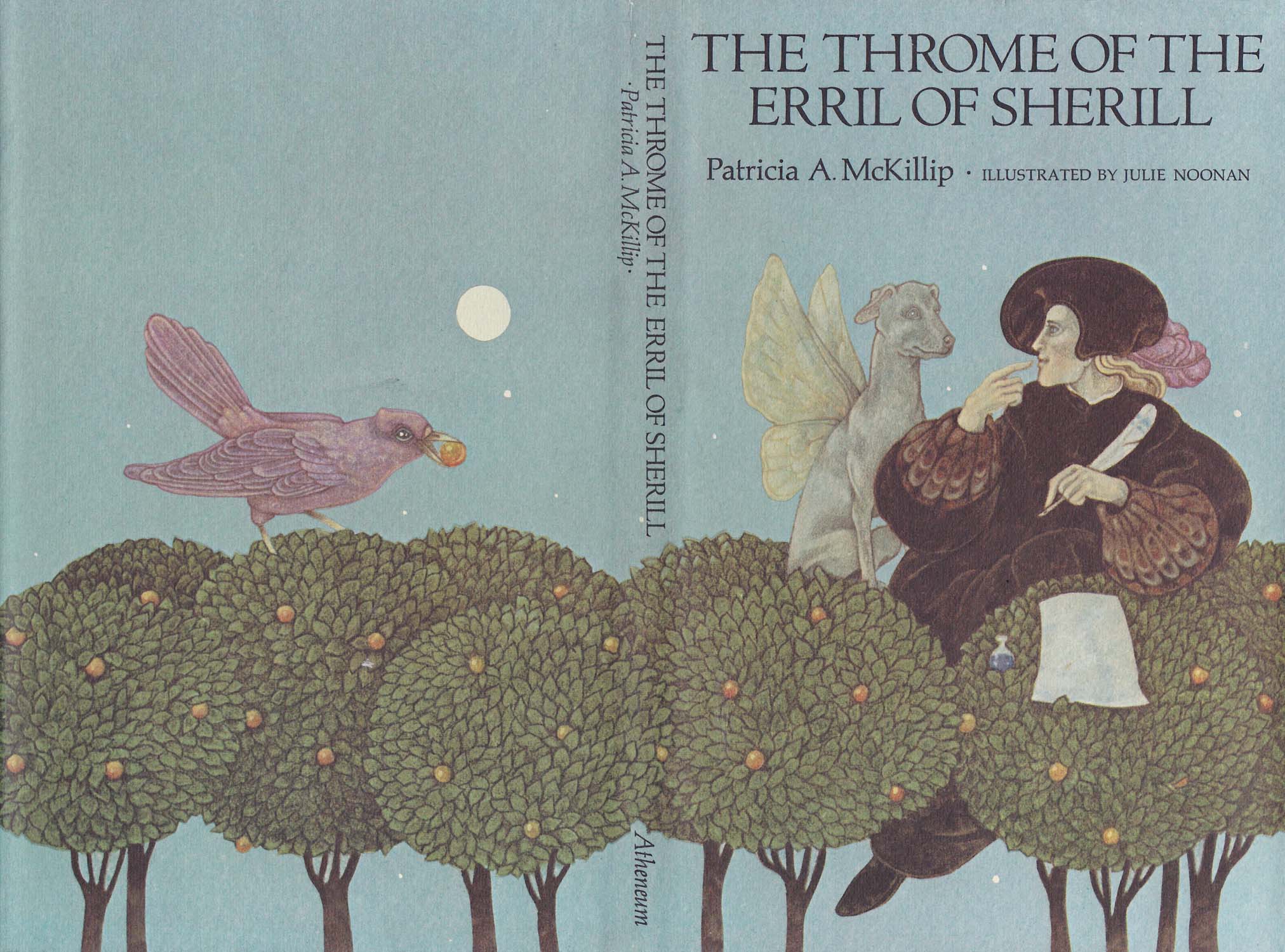 “THE ROAD WILL TWIST AND TURN THREE TIMES
…and on the third twist there is a hill, and on the hill is the black, crumbling, rotting House of the Doleman.  It has great towers without doors, and walls like broken teeth, and strange shoutings come from within the walls.  My mother says I must never go there!”

She shivered and smiled up at the Cnite, her eyes cups of firelight.  “But you must go.  My bones feel it.  I know this is the night to steal into a Doleman’s House and steal his Throme!”

Damsen longs for the warm light beyond the castle walls.  Brave Cnite Caerles seeks her hand, but her father the king has set a price:   You want Damsen.  I want the Throme of Sherill.  Find it for me and I shall give you anything you want.  And so begins a quest that will wind from the Mirk-Well of Morg to the borebel pits to the Floral Wold to the Dolorous House of a dead Doleman and, finally, to the Western Wellsprings, where the answer to Everything lies…

The later edition of this book includes the Harrowing of the Dragon of Hoarsbreath, which was republished later in a collection of stories. 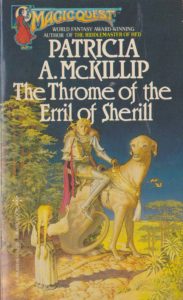 The Forgotten Beasts of Eld