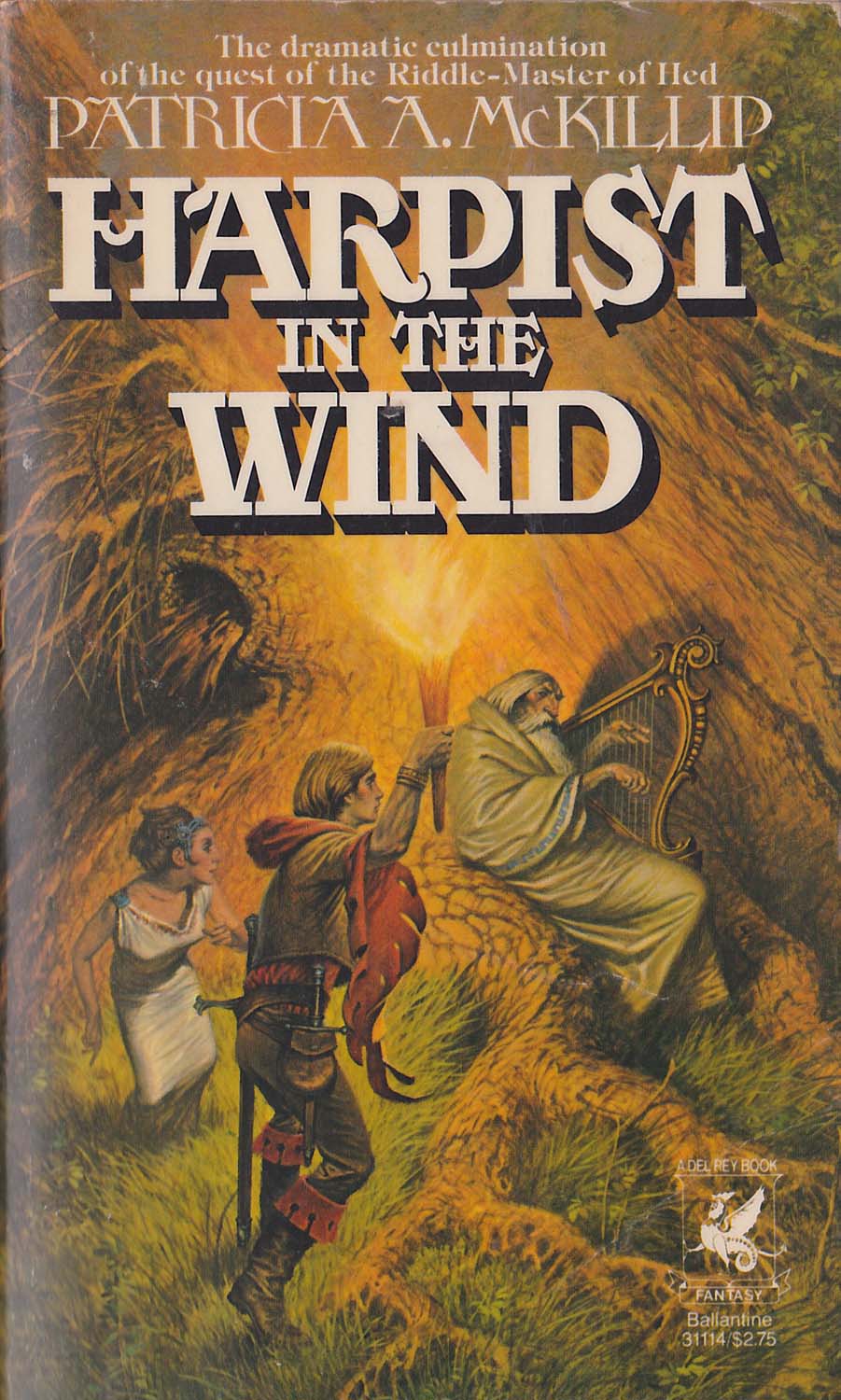 Though Morgon the Riddle-Master was reunited with his beloved Raederle, his purpose in life and the reason for the stars on his forehead remained a mystery. All around him, the realm shook with war and disaster as mysterious shape-changers battled against mankind. Without the missing High One, Morgon must assume responsibility for all his world.

After leading an army of the dead to protect his island of Hed, he and Raederle set out for Lungold, where the wizards were assembling against the evil Ghisteslwchlohm. And behind them came Deth, the crippled harpist, Morgon’s friend and betrayer.

But Lungold was only the beginning of the quest that would lead him to the truth of ancient struggle and the fate of the High One, until at last he could solve all mysteries and know his own awesome destiny!

In hawk-shape, Morgon burned a golden path into the sky and shot toward Isig Mountain.

The shape-changers melted out of the trees and flew after him. For a while, he raced ahead of them in a surge of speed. But as the sun set, they caught up with him. Their eyes and talons were of flame. Their sharp beaks were bone-white. They surrounded him, dove at him, snapping and tearing, until his wings grew ragged and his breast was flecked with blood.

He faltered; they flung themselves at him, blinding them with their wings, until he gave one piercing, despairing cry. He took his own shape then, in midair, and simply fell. The forests whirled up to meet him. Something cracked across his mind before he reached the ground.

He spun into darkness.