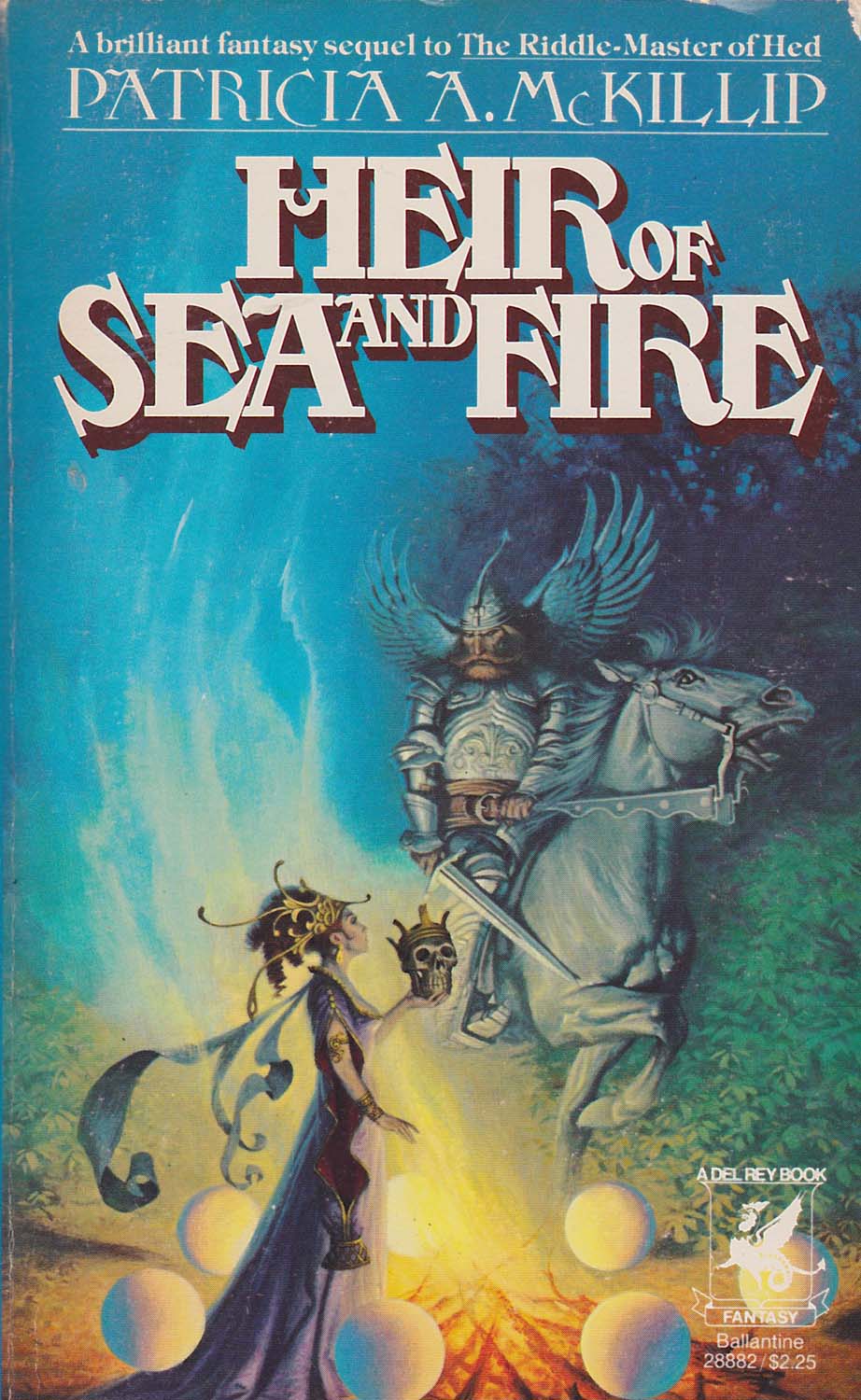 By the vow of her father and her own desire, Raederle was pledged to Morgon, Riddle-Master of Hed. But a year had passed since Morgon disappeared on his search for the High One at Erlenstar Mountain, and rumors claimed he was dead.

Raederle set out to learn the truth for herself, though her small gift of magic seemed too slight for the perils she must face. The quest led through strange lands and dangerous adventures. Only her growing powers enabled her at last to reach Erlenstar Mountain. And there she discovered what she could not bear to accept.

Accompanied by Deth, the High One’s Harper, she fled. And behind them came a pursuer whose name was Morgon, bent on executing a grim destiny upon Raederle and Deth.

Her only hope lay in summoning the Hosts of the Dead, led by the King whose skull she bore…

Deth laughed, his hands linked around his cup. “So. You think, in the midst of this chaos, anything matters?”

“It matters! I have inherited a shape-changer’s power. Look…” Something, the wine, his indifference, her hopelessness – made Raederle reckless. She stretched out her hand, held it curved in a motionless caress to the heat and curve of the flame.

Deep within her, rousing out of a dormant, lawless heritage, wordless knowledge of fire filled her. She touched the flame, then let it lie in her hand like a flower.

“Look,” she said, and closed her hand over it. The night fell around her again as the tiny flame died. She saw Deth’s face, motionless, unreadable. His lips parted.

“Another riddle,” he whispered. “Mathom trained you well to be a riddle-master’s wife.”