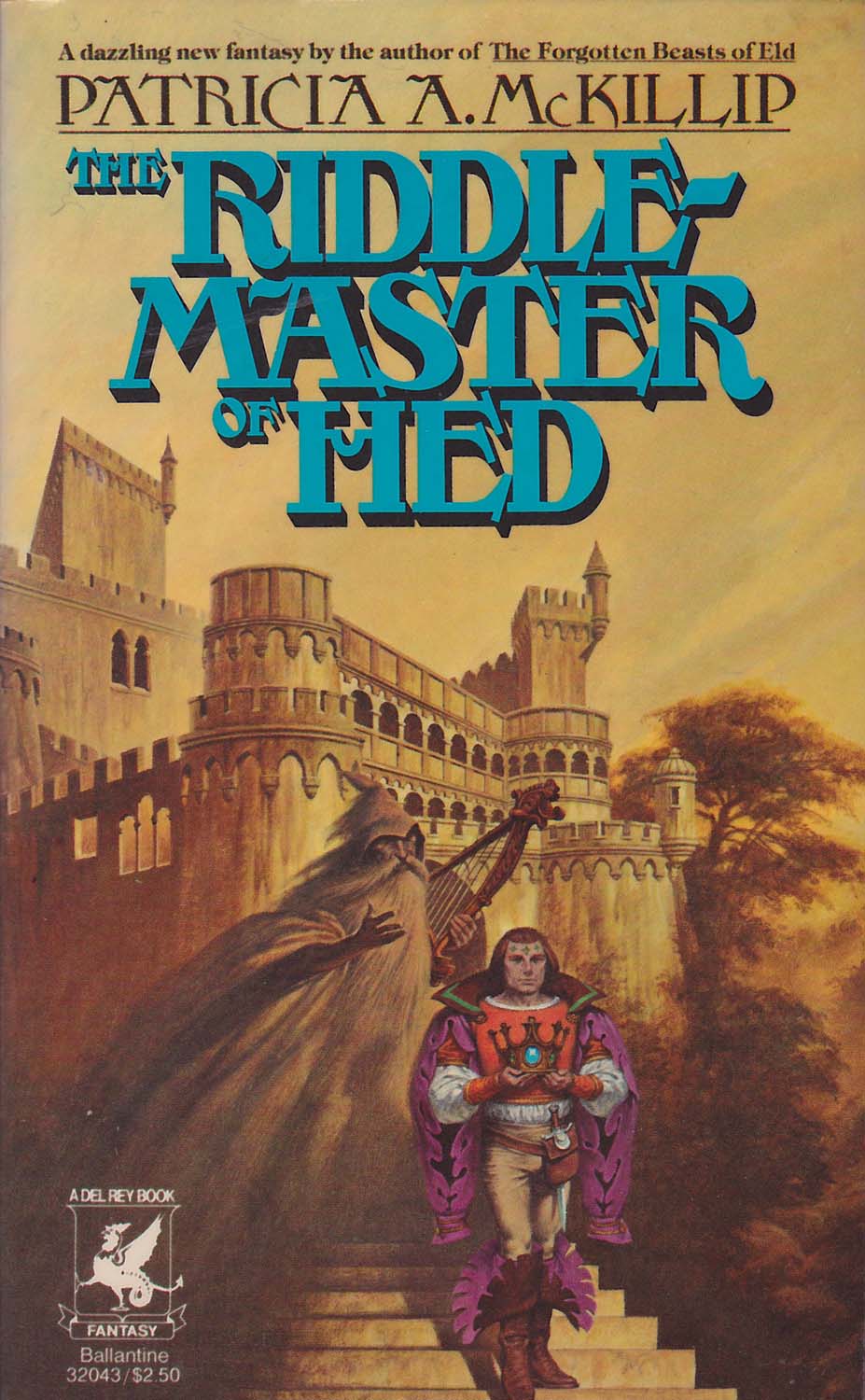 Long ago, the wizards had vanished from the world, and all knowledge was left hidden in riddles. Morgon, prince of the simple farmers of Hed, proved himself a master of such riddles when he staked his life to win a crown from the dead Lord of Aum.

But now ancient, evil forces were threatening him. Shape changers began replacing friends until no man could be trusted. So Morgon was forced to flee hostile kingdoms, seeking the High One who ruled from mysterious Erlenstar Mountain.

Beside him went Deth, the High One’s Harper. Ahead lay strange encounters and terrifying adventures. And with him always was the greatest of unsolved riddles – the nature of the three stars on his forehead that seemed to drive him toward his ultimate destiny.

“Suppose you were a wizard restless with power, drawn to Lungold by the powers of Ohm and his promises of great skill and knowledge. You placed your name in his mind; with your trust in his skill, you did without question whatever he asked of you, and in return he channeled your own energies into powers you scarcely dreamed you had.

Morgan watched his hands close on the table into fists, as though they belonged to someone else. He whispered, “Ohm.” Then he said, “I would run. I would run intil no one – man or wizard – could find me. And then I would begin to think…”